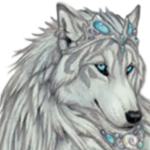 The Death of Llew: A Seasonal Interpretation

The Death of Llew
A Seasonal Interpretation
by Mike Nichols

Not of father, nor of mother
Was my blood, was my body.
I was spellbound by Gwydion,
Prime enchanter of the Britons,
When he formed me from nine blossoms.
— Hanes Blodeuwedd (Robert Graves, trans.)

In most Pagan cultures, the Sun God is seen as split between two rival personalities: the God of Light and his twin, his “weird”, his “other self”, the God of Darkness. They are Gawain and the Green Knight, Gwyn and Gwythyr, Llew and Goronwy, Lugh and Balor, Balan and Balin, the Holly King and the Oak King, etc. Often they are depicted as fighting seasonal battles for the favor of their Goddess/lover, such as Creiddyled or Blodeuwedd, who represents Nature.

Indirect evidence supporting this mirror-birth pattern is strongest in the Christianized form of the Pagan myth. Many writers, from Robert Graves to Stewart Farrar, have repeatedly pointed out that Jesus was identified with the Holly King, while John the Baptist was the Oak King. That is why, “of all the trees that are in the wood, the Holly tree bears the crown”. If the birth of Jesus, the “light of the world”, is celebrated at midwinter, Christian folk tradition insists that John the Oak King (the “dark of the world”?) was born (rather than died) at midsummer.

It is at this point that I must diverge from the opinion of Robert Graves and other writers who have followed him. Graves believes that at midsummer, the Sun King is slain by his rival, the God of Darkness; just as the God of Darkness is, in turn, slain by the God of Light at midwinter. And yet, in Christian folk tradition (derived from the older Pagan strain), it is births, not deaths, that are associated with the solstices. For the feast of John the Baptist, this is all the more conspicuous, as it breaks the rules regarding all other saints.

John is the only saint in the entire Catholic hagiography whose feast day is a commemoration of his birth, rather than his death. A generation ago, Catholic nuns were fond of explaining that a saint is commemorated on the anniversary of his or her death because it was really a “birth” into the kingdom of heaven. But John the Baptist, the sole exception, is emphatically commemorated on the anniversary of his birth into this world. Although this makes no sense viewed from a Christian perspective, it makes perfect poetic sense from the viewpoint of Pagan symbolism. (John’s earlier Pagan associations are treated in my 'Essay on Midsummer'.)

So if births are associated with the solstices, when do the symbolic deaths occur? When does Goronwy slay Llew and when does Llew, in his turn, slay Goronwy? When does darkness conquer light or light conquer darkness? Obviously (to me, at least), it must be at the two equinoxes. At the autumnal equinox, the hours of light in the day are eclipsed by the hours of darkness. At the vernal equinox, the process is reversed. Also, the autumnal equinox, called “Harvest Home”, is already associated with sacrifice, principally that of the spirit of grain or vegetation. In this case, the God of Light would be identical.

In Welsh mythology in particular, there is a startling vindication of the seasonal placement of the Sun God’s death, the significance of which occurred to me in a recent dream, and which I haven’t seen elsewhere. Llew is the Welsh God of Light, and his name means “lion”. (The lion is often the symbol of a Sun God.) He is betrayed by his “virgin” wife Blodeuwedd, into standing with one foot on the rim of a cauldron and the other on the back of a goat. It is only in this way that Llew can be killed, and Blodeuwedd’s lover, Goronwy, Llew’s dark self, is hiding nearby with a spear at the ready. But as Llew is struck with it, he is not killed. He is instead transformed into an eagle.

Putting this in the form of a bardic riddle, it would go something like this: “Who can tell in what season the Lion (Llew), betrayed by the Virgin (Blodeuwedd), poised on the Balance, is transformed into an Eagle?” My readers who are astrologers are probably already gasping in recognition. The sequence is astrological and in proper order: Leo (Lion), Virgo (Virgin), Libra (Balance), and Scorpio (for which the Eagle is a wellknown alternative symbol). Also, the remaining icons, Cauldron and Goat, could arguably symbolize Cancer and Capricorn (representing summer and winter), the signs beginning with the two solstice points. So Llew is balanced between cauldron and goat, between summer and winter, on the Balance (Libra) point of the autumnal equinox, with one foot on the summer solstice and one foot on the winter solstice.

This, of course, is the answer to a related bardic riddle. Repeatedly, The Mabinogion tells us that Llew must be standing with one foot on the cauldron and one foot on the goat’s back in order to be killed. But nowhere does it tell us why. Why is this particular situation the only one in which Llew can be overcome? Because it represents the equinox point. And the autumnal equinox is the only time of the entire year when light (Llew) can be overcome by darkness (Goronwy).

It should now come as no surprise that, when it is time for Llew to kill Goronwy in his turn, Llew insists that Goronwy stands where he once stood while he (Llew) casts the spear. This is no mere vindictiveness on Llew’s part. For, although The Mabinogion does not say so, it should by now be obvious that this is the only time when Goronwy can be overcome. Light can overcome darkness only at the equinox—this time the vernal equinox. (Curiously, even the Christian tradition retains this association, albeit in a distorted form, by celebrating Jesus’ death near the time of the vernal equinox.)

The Welsh myth concludes with Gwydion pursuing the faithless Blodeuwedd through the night sky, and a path of white flowers springs up in the wake of her passing, which we today know as the Milky Way. When Gwydion catches her, he transforms her into an owl, a fitting symbol of autumn, just as her earlier association with flowers (she was made from them) equates her with spring. Thus, while Llew and Goronwy represent summer and winter, Blodeuwedd herself represents both spring and fall, as patron Goddess of flowers and owls, respectively.

Although it is far more speculative than the preceding material, a final consideration would pursue this mirror-like life pattern of Llew and Goronwy to its ultimate conclusion. Although Llew is struck with the sunlight spear at the autumnal equinox, and so ‘dies’ as a human, it takes a while before Gwydion discovers him in his eagle form. How long? We may speculate six weeks, when the sun reaches the midpoint of the sign (or form) of the Eagle, Scorpio—on Halloween. And if this is true, it may be that Llew, the Sun God, finally ‘dies’ to the upperworld on Halloween, and now passes through the gates of death, where he is immediately crowned king of the Underworld, the Lord of Misrule! (In medieval tradition, the person proclaimed as “Lord of Misrule” reigned from Halloween to Old Christmas—or, before the calendar changes, until the winter solstice.)

Meanwhile, Goronwy (with Blodeuwedd at his side) is crowned king in the upperworld, and occupies Llew’s old throne, beginning on Halloween. Thus, by winter solstice, Goronwy has reached his position of greatest strength in our world, at the same moment that Llew, now sitting on Goronwy’s old throne, reaches his position of greatest strength in the Underworld. However, at the moment of the winter solstice, Llew is born again, as a babe, (and as his own son!) into our world. And as Llew later reaches manhood and dispatches Goronwy at the vernal equinox, Goronwy will then ascend the Underworld throne at Beltane, but will be reborn into our world at Midsummer, as a babe, later to defeat Llew all over again. And so the cycle closes at last, resembling nothing so much as an intricately woven, never-ending bit of Celtic knotwork.

So Midsummer (to me, at least) is a celebration of the Sun God at his zenith, a crowned king on his throne. He is at the height of his power and still one quarter of a year away from his ritual death at the hands of his rival. However, at the very moment of his greatest strength, his dark twin, the seed of his destruction, is born—just as the days begin to shorten. The spear and the cauldron have often been used as symbols for this holiday and it should now be easy to see why. Sun Gods are virtually always associated with spears (even Jesus is pierced by one), and the Midsummer cauldron of Cancer is a symbol of the Goddess in her fullness. If we have learned anything from this story from the fourth branch of The Mabinogion, it is about the power of myth—how it may still instruct and guide us, many centuries after it has passed from oral to written tradition. And in studying it, we have barely scratched the surface.